You spend a lot of time on Internet without being productive at all, all thanks to those Social Media websites. Hours pass by doing not so productive work like updating your Facebook or Twitter, reading mails, watering plants on FarmVille, etc. You forget what you came to do.

If you are not happy with this, then you can take control of it by using an extension on your Web Browser. There are many time management desktop softwares available which you can easily get by searching on Internet. But here I am including the browser extensions, there are quite a few of these too, I am sharing two of them below, one is for Chrome and another is for Firefox.

Chrome: If you are on Google Chrome, there is this extension StayFocusd.

You can allot time for particular website on per day basis using this extension. Like, you allot one hour for Facebook, this means you can not spend more than an hour on Facebook in total in a day, and you chose how you spend it throughout the day.

Well Huitter.com offers a service called Mutuality which has the following features and are very useful in the journey of becoming a Pro-Twittrer.

I dont use the 2nd one but the 1st and 3rd are quite useful. One can also use the 3rd one as a manual auto follow feature.

is a database of Twitter users who will follow you if you follow them. By following the users in the database, you can quickly and effectively build your list and avoid that dread zero in the follower count. But everyone doesn’t follow you back in that list that’s the drawback as anyone can submit there name there.
Another feature from Twitter Followers: 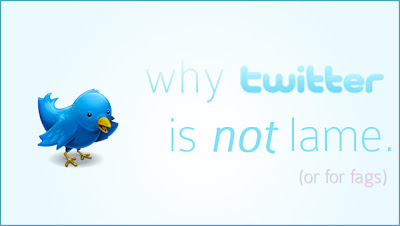 Google is the best and the most popular Search Engine at net, Even though Google.com is ranked 2nd in traffic terms but its superior Indexing provides with a Search result which is worth. Google helps everyone to find a useful resource, When Google Inc(By the name Backrub search) started in 1998 it main aim was to give all information to everyone available on the net and it was soon succeeded in it. But sometimes it may give rubbish if the thing(Site) you are looking is not a popular one as It goes on for a site depending upon its Page Rank. Google helps everyone, Google Indexing also gives and many more illegal things like hacking(This is not an advantage). It generates its income from mainly Google Adsense and its e-mail services. At the date Google Adsense is the best and highest paying Ads program. But company main focus is on Search Engine. Google was founded by Larry Page and Sergey Brin while they were students at Stanford University.

It helps to search me anything I need that is anything which I require to work upon with like using Google for my Holiday Homework, Things l need to learn for writing and many more stuff. Its a wholesome web directory.

Facebook is the social networking which is currently receiving the most Traffic Rank as compared to any other social networking site. It has a Good User interface and GUI and a User Functionality. Earlier I was pro-Orkut types, But now I am a typical Facebook user. Facebook has started in 4 February 2004(Very Young), as for connecting people within Harvard University, But it grew like anything and I is now accepting people of Age over 13. Overall Facebook is the best Social Networking Site I found on the Web 2.0.

Many of my friends are there In facebook so it helps a great extent in interaction(Chatting,Pics Sharing and stuff) and the great good feature is that it has a ‘Status Message’ thing and inbuilt Chatting and a various number of applications(But some are really useful [Like Twitter]). I have added a Twitter Applications in My facebook account whic automaticly changes the Status message of Facbook to that which is in Twitter.

Twitter is a micro blogging service started in 2006. Through Twitter people communicate to outer world and express their concerns. Twitter is a free social networking site, Thus generating no Revenue. People regularly update their twitter accounts by giving new status message which is also know as Tweets. The Updates are shown in the User Profile and displayed to those who are following that User. Twitter had by one measure over 3 million accounts and by another, well over 5 million visitors in September 2008 which was a fivefold increase in a month.

I use twitter for sharing my Status updates , Some times giving the links of my new post’s and The good thing is in facebook by adding a Twitter application we are automatically able to convert a Tweet into a Facebook status message.Like- During Exams I use it to tell my people which is the next Exam going to have and how was my last exam. Twitter Rocks ! There are also some 3rd Party Apps available for twitting.