What if your digital camera is full of Pictures and you want to share with friends and relatives, Of course you wont mail them. You will probably like upload it somewhere and share.
There are 2 major 800 pound gorillas for photos sharing in Web. Yahoo’s Flickr and Picasa Web Albums by Google. 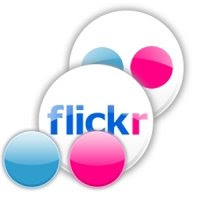 Flickr is a well known in the photo sharing market and is owned by Yahoo. It has a good interface, it’s polished, works well, and is indeed addictive. But Flickr has some limitations Flickr offers 100 MB of free storage each calendar month but the storage counter is reset every month so you get virtually unlimited space on Flickr without spending a penny. (100 MB is good for storing upto 120 picture of average size). New pictures can be uploaded to Flickr via mobile phones, desktop software, email attachments or through the web-based interface available on Flickr website. Pictures can then be grouped in sets (like “Conference in New York”) as well as tags (like “conference”). You can upgrade to Pro for making the number of photos unlimited for each month but even after you upgrade to Pro, you’ll bump up against more limitations if your JPG files are over 10MB each, which happens quite often when you shoot with a late-model DSLR and upload at full resolution with the intention of printing that photo in a large size. Use Flickr if you want to engage actively within the big and friendly Flickr user community, get comments on your photos, join groups and submit photos to them — in short, partake fully of the social community of photo sharing.

This is the photo sharing client owned by Web Giant Google, This was made to enable Google Image Organization Software Picasa user’s to share there photos online. One can create private and public albums there and order prints. This is the best option for Photo sharing for a regular person but the storage is limited(Disadvantage over Flickr) it has a 1 GB storage and then Paid storage of 7Gb for $25 a year, You can come over this just by resizing the images rather than uploading the full High Resolution Pics. The default option is to resize only, so that’ll get done automatically. Once you’ve done tell your friends and its done.

Extra Features
For describing the photo, both services let you edit tags and a caption for the image, with Flickr also letting you give each photo a title. Both have a mapping feature letting you set a location for the photo on an interactive map. For the technical data relating to the photo, both services will read and display the EXIF data from a digital camera such as shutter speed, date/time etc. And for viewing a bunch of images, both have a slideshow feature built in. Finally, both services let you specify a name to make a more user friendly URL to give to your friends or family.

Transferring Photos: In Flickr the picture upload thing is very easy but downloading photos from there is difficult, for this you may need to have a 3rd part Flickr App where as in Google’s Picasa Web Albums it comes with an application Picasa. Through Picasa, you can do basic image editing (like crop, rotate, color adjustments, etc) and then upload the edited pictures online. The software can also download photos from the online Picasa albums to your hard-drive without any effort.

Organization: Picasa lets you create as many “albums” as you like to sort your photos into. Flickr lets you have just 3 “sets” to group your photos in, otherwise they all get added to a single “photostream”. For unlimited sets at Flickr you’ll have to go pro.

Storage: Picasa gives you 1GB of storage with the option to buy more (7GB for US$25 per year – shared storage with your Gmail account). Flickr doesn’t state a storage limit, instead they have an upload limit of 100MB per month and limit your “photostream” to the 200 most recent images. The “pro” option at Flickr which will give you unlimited uploads, storage, bandwidth and more.

Cost: Both Flickr and Picasa offer a free service initially, but with limitations on the service at Flickr And a word of warning here, Flickr’s FAQ states “if your free account is inactive for 90 consecutive days, it will be deleted”. Picasa is better here. You can upgrade to Flickr Pro for $25 and upgarde you 1GB to 7GB in Picasa for $25 a year.